Thailand-villas.com has the most amazing portfolio of Phang Nga villas available for rent. Below we have listed our best performing Phang Nga holiday rentals. We also invite you to see the Phuket villas for a list that might be better suited your Phuket holiday rental needs. 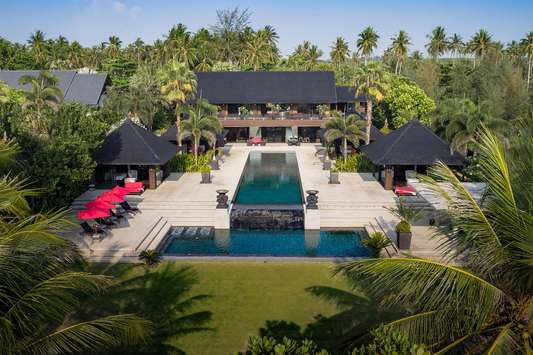 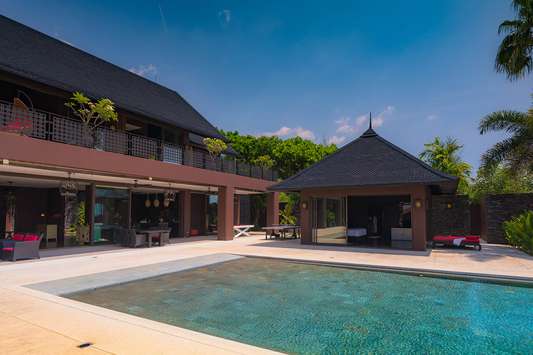 Villa Saanti is Thai for &quot;Home of Peace&quot;. This extraordinary six-bedroom, fully staffed beachfront villa lounges next to one of Thailand’s most alluring secrets: Natai Beach – seven kilometres of near-deserted, powder-soft white sand, only 30 mi

Phang-Nga is an agricultural province in southern of Thailand. The main crop is rubber, and rubber plantations cover a large area along the roads, adding a touch of green. Thailand is the world's largest exporter of rubber to this day. Vast amounts of rice, vegetables and fruits are produced in Phang-Nga. The province has an area of 4,170 sq. kms., mainly made up of forest. Khao Lak is the major tourist destination.
Phang Nga Geography

Phang Nga is on the shore to the Andaman Sea, neighboring Ranong, Surat Thani and Krabi. Phuket province is to the south, but without land boundary to Phang Nga.

Phang Nga features many islands in its wide open Bay. The most famous is known as James Bond Island, a needle formed limestone rock in the sea, which was used as a location in the movie "The Man with the Golden Gun." The Ao Phang-Nga (Phang-Nga Bay) National Park, established in 1981, protects the many beautiful islands from outside influence. The Similan Islands are one of Thailand's best diving destinations, and are part of Phang Nga province.

The city Phang Nga was created in 1809 during the reign of King Rama II, at the time of one of the wars with neighboring Burma. The city Thalang on Phuket island was razed, and its people were forced to move to Phang Nga and Takuatung was reduced in status as a district. In 1931 Takuapa was incorporated into the province.

On December 26, 2004 Phang Nga was one of the places hit hard by a tsunami following the 2004 Indian Ocean earthquake. The province was probably the hardest hit in Thailand. Thousands died, including Bhumi Jensen, the grandson of the King of Thailand.

The Phu Khao Chang mountains are forever in the background at Phang Nga, the home to the province's mining and a spectacular piece of scenery.

Get to Phang Nga

From Phuket, use route 402, pass the parallel spans of Sarasin and Thao Thep Krasatri Bridges and you'll be in Phang-Nga province. To go on to the provincial capital, go north to the town of Koke Kloy. Turn right (at Bangkok Bank), and follow Route 4 to Phang-Nga Town. You will pass Takua Thung along the way and cover a distance of 87 kms. It takes around 90 minutes. Buses are available from Phuket.