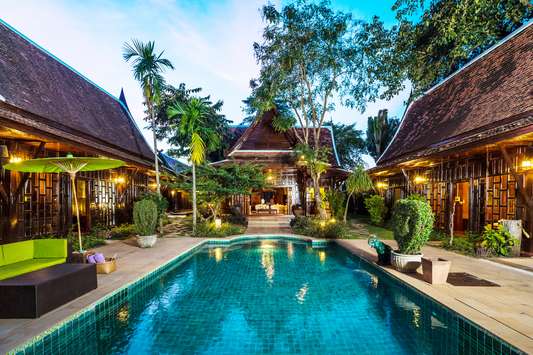 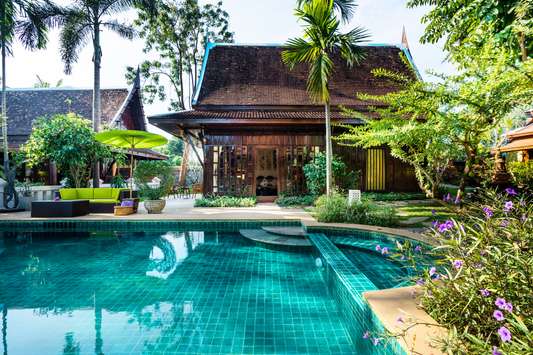 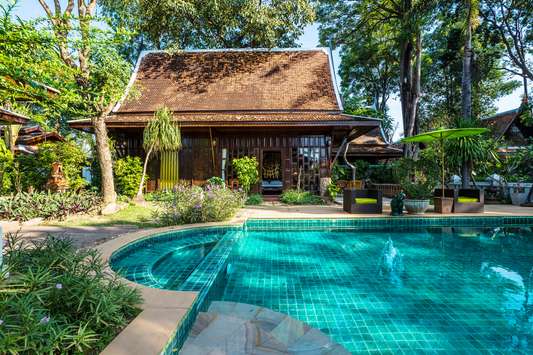 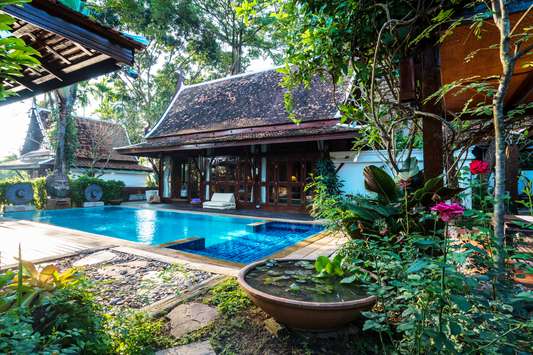 An oasis of tranquility 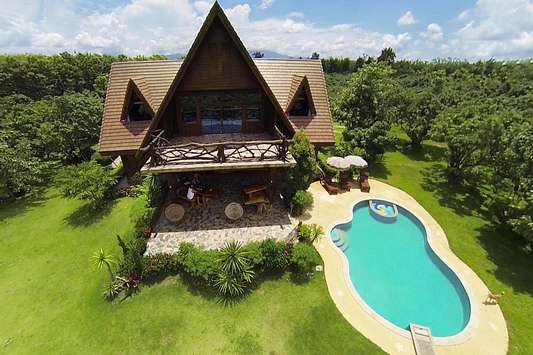 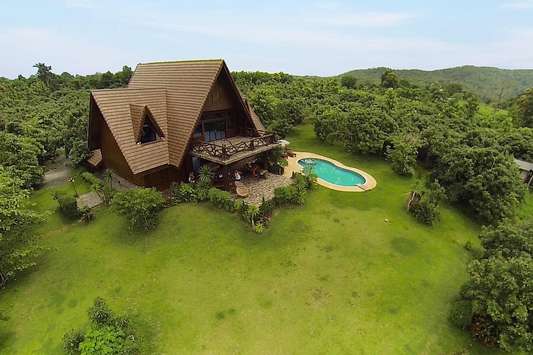 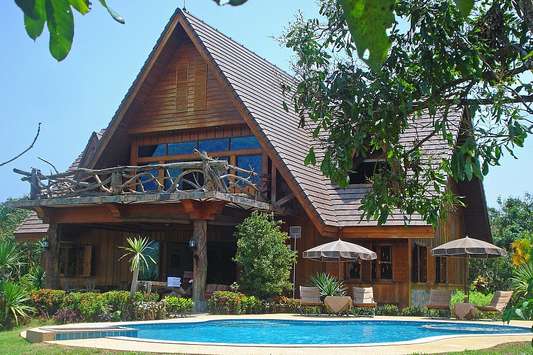 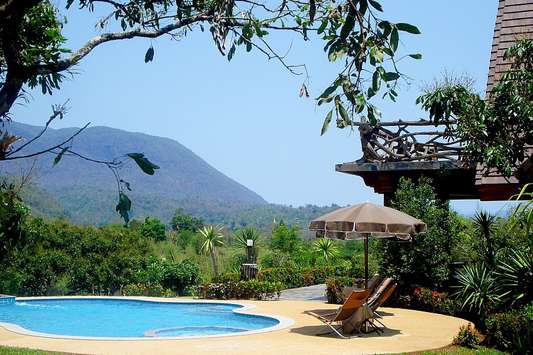 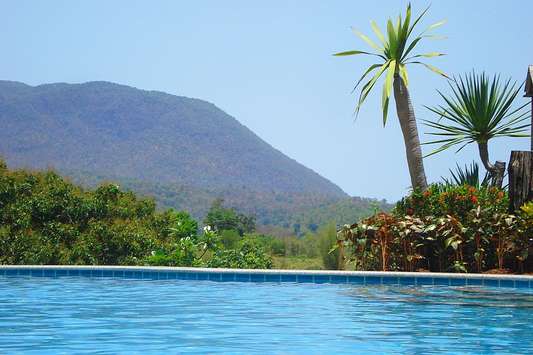 The jungle and peaks of magical Doi Luang mountain are experienced in all their majesty at this six bed room villa whose design harmonises beautifully with its surroundings as well as providing real luxury for lucky guests.

Chiang Mai is a wonderfully colourful location in which to take up residence in a private villa. Chiang Mai hosts many Thai festivals, including Loi Kratong, held on a full-moon night in November when thousands of people offer floating banana-leafs decorated with flowers and candles to the waters of the city to worship the Goddess of Water. Hot-air lanterns are launched into the air to help rid the locals of troubles and the whole effect is magical.

April's Songkran celebrates the Thai New Year and Chiang Mai is a very popular location to it which to celebrate with style. The city-wide water-fight, parades and a Miss Songkran beauty competition stir up the city and its outer reaches.

The Flower Festival held during the first weekend in February each year when Chiang Mai Province's tropical flowers are in full bloom, and attracts botany lovers from all over Asia. Floral floats, parades, traditional dancing shows, and a beauty contest add some photogenic colour to the whole area.

Chiang Mai is nationally renowned for hill-tribe tourism and trekking, particularly on elephant back. Tours will include meetings with the heads of the local hill tribes, including the Akha, Hmong, Bula, Karen, and Lisu tribes.

The Elephant Nature Park is one hour drive from the city and home to thirty elephants. Volunteering options are available. Mountain biking, elephant riding, bamboo rafting, and kayaking are available throughout Chiang Mai province. The area has several golf courses and the national park that includes Doi Inthanon, the highest mountain in Thailand.

Chiang Mai has many large shopping centres but the real charm comes from night bazaars offering arts and handicrafts. Break up a day in the city with a massage at one of many parlours, and choose a museum to visit from the Chiang Mai City Arts and Cultural Centre, the Hill Tribe Museum, or the Chiang Mai National Museum. Chiang Mai also has a number of cooking schools.

Chiang Mai does not have rapid transit public transport infrastructure so you'll have to rely on tuk tuks and songtiews for low cost transport. These cease operation at around 11pm. Chiang Mai bus was recently re-introduced, and hopefully has a future. You're best way to get around is a bicycle. Relax and enjoy the cool climate and the wealth of charm to delight throughout the city beyond the comfort of your villa.

To get to and from the city, Chiang Mai International Airport receives 28 flights a day from Bangkok has direct links to major cities in Asia as far reaching as Tokyo and Taipei. Chiang Mai also has a well serviced and central train station linking the city via a low cost and not so luxury train service.

Explore greater Chiang Mai and connect with Chiang Mai's mountainous atmosphere and traditional hill-tribe life, base yourself close to a national park or stay close enough to the city to enjoy Chiang Mai's abundant culture, a private luxury villa in Chiang Mai is the perfect escape.